Second film of Mari Selvaraj, Karnan, focuses on fighting for the dignity of the community against a system that is purposefully rigged against it and harsh. 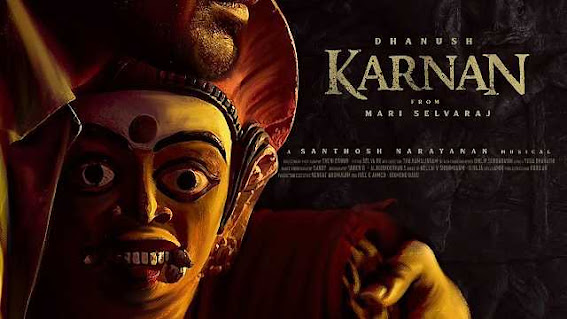 He takes a gigantic jump from Karnan, from his considerably lesser and slightly more humiliating efforts in his last movie Pariyerum Perumal.It's great see Dhanush like Karnan, who has an unquenchable anger within him.The film takes time, with good cause, to develop these people.This is the narrative of historical atrocities by people in authority against a whole community.

We need to observe how each of us disregards his existence every day to comprehend Karnan's fury. Karnan is a movie on the battle for dignity in a community.

Dhanush Mari Selvaraj is presenting a daring film on the fight for respect in the countryside.Each of these instances must be watched so that we may understand why villages continually quarrel.

Selvaraj doesn't make any bones about the police being an oppressive, casteist state's brutal weapon. Utradheenga Yeppov is great positioned and filmed — her goal is not to elicit a certain sentiment, but maybe to stop us from suspending disbelief.

If you want to be buddy donors please contact admin via Whatsapp .Proceeds from donations will be used to extend the domain ulathemes. Thank you